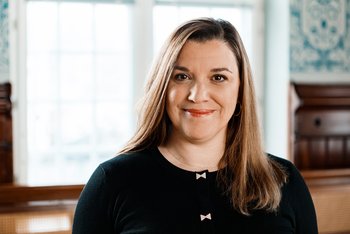 Statement about the STSM:

The STSM has been instrumental in setting the basis for the core theoretical framework of my research on functional NTA and religious minority agency in the field of education. It has allowed me to theoretically systematize and consolidate my contribution to the Network activities so far and has created future research questions for the remaining of its duration and beyond. The Host Institution has been a relevant and hospitable environment to support the research activities allocated to the visit and has furthermore enhanced possibilities for collaboration and networking.

The research visit targeted research on the modes of governance developed between the State and religious minority organizations within public education. Brief case studies among European states where institutionalized forms of minority religious education are being promoted have been explored and discussed focusing on the thorny question of the establishment of Islamic religious schools with State financial support. The case studies explored included the UK, Belgium and Germany. The extracted legal and policy arrangements have been measured against the concepts of autonomy and collective agency and towards the shaping of values for co-existence within multicultural societies. The overall aim has been to test the institutionalization of Islamic schools in Western Europe as a pilot case in the application of NTA to ‘new’ minorities within a comparative frame.

Description of the work carried out during the STSM:

As planned, the work carried during the STSM covered the following activities:

(i) Literature review and data collection on religious diversity frameworks in public education involving distinct networks of minority religious schools in the selected case studies as well as the development of the conceptual and methodological design of the policy paper on the basis of the different models akin to NTA arrangements. Emphasis was placed on the ‘niche’ question of the modalities of existence of Islamic schools in Western European states.

(ii) The second phase involved the comparative analysis of findings. Following the analysis of the context for each included case-study and the overview of the arrangements in each national context, the research teased out the individual elements within each model conducive to a more ‘functional’ approach to NTA from below and as importantly, the implications of these findings for diversity governance.

(iii) The final phase of the research focused on the drafting of a policy paper, its dissemination for review within the host institution and the preparation of the structure towards a longer academic paper.

The obtained results of the short research visit are:

(i) A draft policy paper on the institutionalization of religious diversity in education in Europe within the frame of NTA and cultural autonomy. The narrow focus of the paper is the study of the proliferation of Islamic schools in Western European contexts through the lense of NTA.

(ii) The literature and analytical basis for a lengthier scientific article that will be developed on the basis of the findings of the policy paper targeted at academic audiences combining the research findings of the visit with other relevant work that I have produced in the context of the ENTAN COST Action’s activities (e.g. conference participation, training school, network-related publications).

(iii) Extension of my personal and institutional academic network through targeted contacts within the host institution on the themes of intersectionality and citizenship.