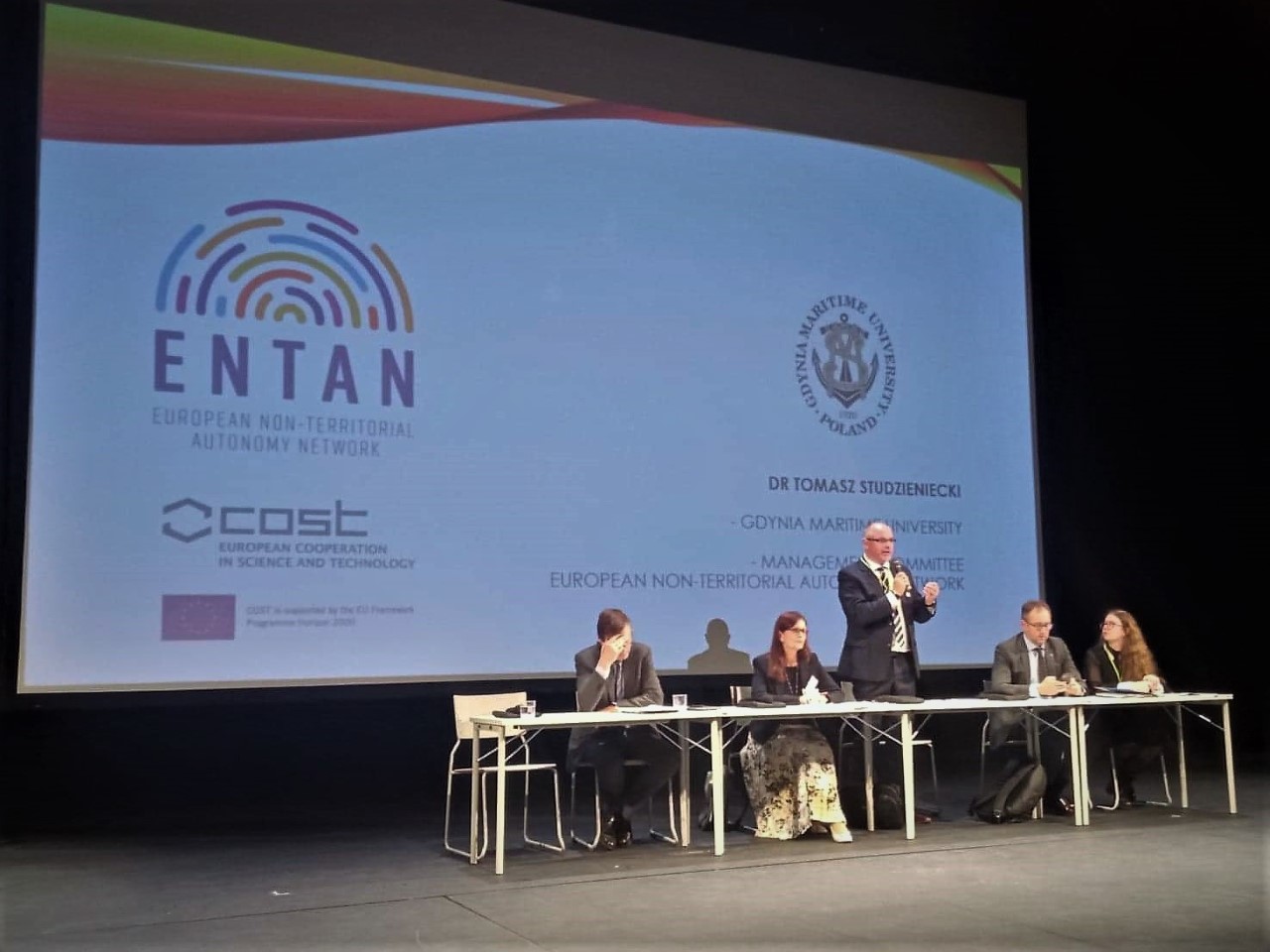 Statement about the grant:

The annual EUSBSR Forum is the most important event gathering key stakeholders from Baltic countries, including high-level representatives of the European Commission, governments and self-governments. Candidates for speakers appearing at the Forum are recommended by political entities, including the ministries of foreign affairs, and undergo a strict selection process. Therefore, only selected experts are invited as speakers.

During the “Recovery after-shocks” session, Dr. Studzieniecki had a presentation on behalf of COST Action – ENTAN’s Management Committee. He focused on the issue of national and ethnic minorities in the Baltic Sea Region (BSR) and presented the results of the research which proved that territorial cooperation, coordinated by the macro-regional strategy, only moderately contributes to the development of ethnic minorities. In the conclusions, he indicated the possibility of using the solutions and achievements of the COST ENTAN action in future activities carried out within the framework of the strategy. During his presentation that took part in the Theatre in Lappeenranta to logo of ENTAN appeared in the main screen. Dr. Studzieniecki also took an active part in other sessions (including the session on social security in BSR). Particularly important was the Official Closing Session, during which conference participants asked questions addressed to the most important decision-makers. On behalf of the ENTAN action, Dr. Studzieniecki raised the following problem: “The sustainable development of the BSR requires participation of all stakeholders. However the role of minorities is still marginal. Do you see an opportunity to include national and ethnic minorities to EUSBSR and concretely how can it be done?”. His question sparked a lively discussion. He also received congratulations and appreciation from the audience including young participants of the EUSBSR Youth Commission.

The participation in the conference allowed not only to promote the COST ENTAN but also made the participants of the Forum more aware of the problems of national and ethnic minorities. Eventually the decision-makers declared that they would devote more attention to the problems of national and ethnic minorities in the near future. From October 2022, a new coordination structure, Baltic Sea Strategy Point (BSP) begins operations. Dr. Studzieniecki offered to cooperate with the new EUSBSR unit and proposed to use the experience of COST ENTAN experts in the field of the development of social minorities and the use of the formula of non-territorial autonomy in the Baltic Sea Region.