NTA as an enhancement to Human Rights 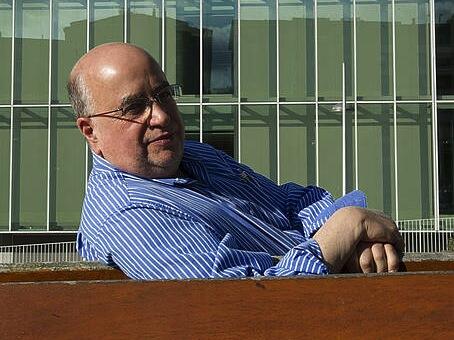 Description of the work carried out during the grant:

The key argument of this wider project is to show that community and linguistic rights, particularly for disadvantaged minority groups, constitute an essential ingredient of Human Rights (HR) and a condition for the peaceful resolution of ethnonational conflicts. NTA is designed to offer an elaborate model of community rights , but there might be also other forms of community representation that enhance HR, such as in the region studied here. Even so, the aim of this project and the book that follows, is to establish that minority equality in representation is not just an approach to conflict resolution, but importantly, a crucial and essential dimension of collective HR, understanding these rights as not only rights of individuals, but the rights of the community they wish to belong.

During my stay in Bolzano and EURAC are in the Italian region of Trentino-Alto Adige, in German Südtirol, I learned here about the circumstances of the incorporation of this province to Italy after the collapse of the Austro-Hungarian Empire, and the large migration of Italian speakers before WW2 during the fascist regime. A priori, this situation seemed to me like the conditions and circumstances of two bitter ethnonational conflicts that I know well, Northern Ireland and Israel-Palestine. Yet, surprisingly, the present situation in this region does not at all resemble the bitterness, violence and animosity of the previously mentioned conflicts. On the contrary, the atmosphere is of peaceful coexistence and mutual recognition, of which the EURAC institute is a clear example.

My research aim in Bolzano was to understand why the HR coexistence model in Trentino Alto Adige – Südtirol was so successful, and what can we learn from the peaceful coexistence of the two communities. Of course, it is crucially important to note that not all ethnonational conflicts are the same, but one can identify some common characteristics in these conflicts. Here it is crucially important for my project to learn how this conflict was so successfully managed through mechanisms of collective and individual HR.

After much work in the superb EURAC library, and with the dedicated help of its librarians, I learned about the implementation of mechanisms of HR with equalising forms of minority representation, based on the then unusual model of HR of the Gruber–De Gasperi Agreement of 1946 (A bilateral treaty between Austria and Italy). With the implementation of this treaty, the local ethnonational communities were granted the right to autonomy and given the instruments to preserve their cultural identity and

customs. This was done invoking mechanisms of HR equally applied to communities and individuals. This novel approach was meticulously implemented through the recognition of German and Italian as the official languages. Importantly, I discovered that even if schooling is community based, students learn from an early age the language of the other community, which is in my experience of enormous importance to pacify conflicts. In the street, I was amazed to see Italian Carabinieri (the Italian gendarmery) speaking fluent German. This duality in language is enforced by law and used in all official and private enterprises. Following this linguistic coexistence, the region was then granted an unusual level of political autonomy and community representation, including an array of exclusive legislative and executive powers and importantly, a most unusual fiscal regime that allows the region to retain most of its taxation revenue. Italians describe this as a significant monetary price to be paid for peace and harmony in the region, which it is also one of the richest in Italy, and unfortunately for me one of the most expensive! The budget allocation was not sufficient.

What I learned and documented in EURAC, provides important compelling evidence that NTA and similar forms of minority representation and recognition are not only a form of conflict resolution, but crucially, an enhancement of HR, both at the individual and collective level. The evidence collected will figure prominently in my forthcoming book “NTA as an Enhancement of HR” (Palgrave 2023). The examples and concrete evidence collected shows this clearly, and I will also include a note of gratitude to the librarians of the EURAC library that understood my needs and directed me to the right literature.

Here, the incorporation of the two languages to the everyday life, the legal requirements, and the economy and administration of the region as well as the autonomy arrangements were all based on the HR justifications of the Gruber-De Gasperi treaty of 1946. It is also important to note, and I should do in the book, that Alcide De Gasperi, Konrad Adenauer, Robert Schuman, and Jean Monnet, are the founding fathers of the EU, something that gives even more EU prominence to the model of conflict resolution produced for Trentino-Alto Adige/Südtirol region.

In conclusion, the model for conflict resolution adopted by the Trentino-Alto Adige/Südtirol region responds to the history and specific circumstances of this region. Yet, this region has characteristics in common with other much less peaceful conflicts. It is therefore important to learn more about this model, some of its successful solutions could be also useful for other conflicts that are considered nowadays as intractable.

I am extremely grateful to ENTAN and COST that made this visit to EURAC possible, even if the grant was not sufficient. There is no doubt that this was an important contribution to my research project on NTA as an enhancement of Human Rights and the publication of my book.