Political Role of National Council of the Hungarian National Minority in Serbia: A Channel for political participation of women?

STSM title: Political Role of National Council of the Hungarian National Minority in Serbia: A Channel for political participation of women?
STSM start and end date: 01.06.2022 to 30.06.2022
Grantee name: Jelena Ćeriman
Host institution: Institute for Minority Studies of the Hungarian Academy of Sciences
Home institution: Institute for Philosophy and Social Theory of the University of Belgrade 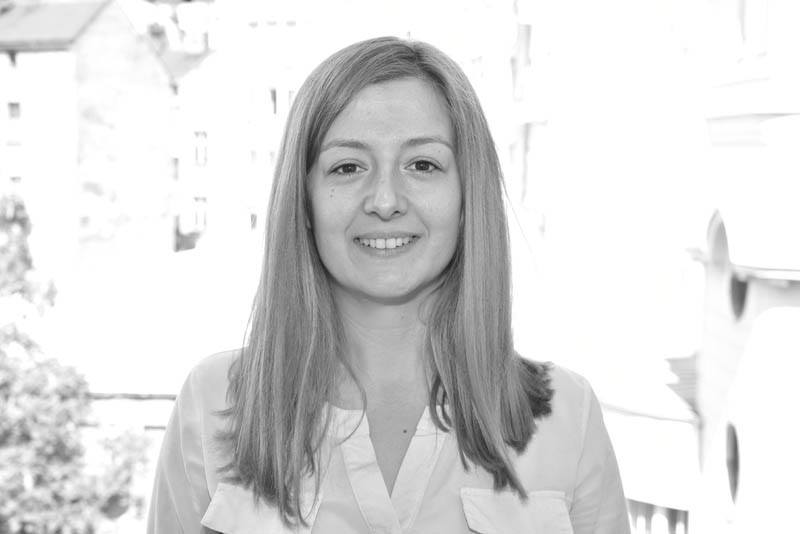 Statement about the STSM:

Please write a short statement about the STSM in general, and your experience at the Host institution (100 words MAX)

The purpose of my short term scientific mission at the Institute for Minority Studies of the Hungarian Academy of Sciences was to incent collaborative policy research with Professor Balazs Vizi. It was a very fruitful research stay.

During June 2022 I have consulted Professor Vizi on my research on the political participation of women members of national councils of national minorities in Serbia and comparatively in self-governed entities in Hungary. This short scientific mission at the Institute provided me with resources to finish my research in Hungary and to focus on writing.

During the stay, cooperation was made with other employees of the Institute as well, primarily with colleague Balas Dobos, including plans to work together on publishing the results of this research.

Sincere thanks go to my host professor Balazs Vizi and to ENTAN COST action for awarding me the grant. It was a great opportunity for scientific exchange and collaboration, and it fully achieved its planned purpose. The stay contributed to the improvement of scientific cooperation, but also to the visibility of scientific results outside the academic community through contacts with representatives of minorities in various institutions of both countries.

Please write a short description for the purpose of your STSM

This STSM presents an attempt to approach political participation of women within National Council of the Hungarian National Minority in Serbia, an NTA entity, from a comparative perspective that is applied to the

minorities-within-minorities issues. The major aim is to examine whether National Council of the Hungarian National Minority, Serbia’s largest minority, is an effective channel for women’ participation in political life. Material for the analysis will consist of a relevant legal framework and online interviews with representatives of the named Council in Serbia and comparatively, of a legal framework and online interviews with representatives of autonomous entities in Hungary. This STSM is also intended to offer recommendations for further action in this area in order to achieve one of the main goals of the ENTAN COST Action – to bridge the gap that separates politics and policy action from social sciences research.

Description of the work carried out during the STSM:

Please write about the work you conducted during the STSM

All activities on this STSM project were carried out according to the approved plan. During this STSM project a legal framework relevant for the functioning of the National councils of national minorities in Serbia was analysed and 3 online interviews with representatives of the National Councils of the Hungarian National Minority in Serbia were realized, as well as 1 expert interview with representative of the OSCE Mission in Serbia, who deals with minority issues. Collected data were compared with a legal framework relevant for self-governed entities of national minorities in Hungary, as well as with the data conducted in 2 online interviews with representatives of self-governed entities of Serbian national minority in Hungary. I have spent one month at the Institute for Minority Studies of the Hungarian Academy of Sciences and have had several meetings with Professor Balazs Vizi and additionally with Professor Balazs Dobos and agreed with them on steps in preparation of a joint paper based on these research results. Also, contact was established, and a meeting was held with the Commissioner for the protection of equality of the Republic of Serbia and representative of the OSCE Mission in Serbia (who were identified in this research as significant and influential actors who work on issues of the functioning of national councils of national minorities in Serbia) in order to present them with recommendations resulting from research findings and to discuss further potential cooperation. The main findings and recommendations based on them are presented in the policy brief that was created during the duration of this short-term scientific mission.

This STSM achieved its planned goals and expected outcomes. First, this project fulfilled its major aim – to examine whether National Council of the Hungarian National Minority in Serbia is an effective channel for women’ political participation and compare it with the women participation within autonomous entities of Serbian national minority in Hungary. Analysis shows that despite the lack of recognition of various gender aspects regarding functioning of Councils within the Serbian legal framework, they still can be used as a channel for active political participation of women. Moreover, in areas in which the councils operate – culture, education, official use of language and media, women consist majority of the workforce and experts, from which Councils’ members can be recruited. Results show that three specific characteristics make the NTA arrangement in Serbia specific and different from the arrangement in Hungary and these specificities allow greater accessibility of women members in the Councils and allow for their further active participation. First, national councils in Serbia are directly elected national/ state level assemblies, autonomous bodies, and not local like in Hungary, second, they have both qualitatively and quantitatively more competencies and powers to participate in decision-making, and third, beneficiaries of the arrangement in Serbia include numerous politically organized and traditional ethnic

communities as well, which enables plurality in decision-making.

Based on the research findings, draft of a joint text with Professors Vizi and Dobos were agreed upon. The idea is this paper to be submitted to an international journal by mid-2023.

The results also indicated possibilities to improve participation of women within the Council, so during this action a policy brief containing specific recommendations in this area was developed. Recommendations were presented at the meeting with the Commissioner for the protection of equality of the Republic of Serbia and will be published in the form of a policy brief analysis in the ENTAN policy paper series and distributed to the relevant actors in Serbia and Hungary. All the above indicates that the activities and outputs from this STSM have the potential to contribute to the progress towards Research Coordination objective of the ENTAN COST Action – to bridge the gap that separates politics and policy action from social sciences research.

Lastly, plans for future cooperation were also made, and include joint project of several researchers from two partner institutions (Institute for Philosophy and Social Theory IFDT and Institute for Minority Studies of the Hungarian Academy of Sciences) and members of the national councils of national minorities and autonomous entities in both countries. Specifically, it is a project named “Using Your Rights: Improving Serbian Minorities’ Position by Empowering Their National Councils” that received support from OSUN Engaged Research Fund and should start from autumn 2022. Furthermore, researchers Aleksandar Pavlović and Jelena Ćeriman also applied for a VM grant within the COST ENTAN Action in order to implement idea of a webinar on NTA in Serbia. The online event would be held in September 2022, and would involve policy makers, minority leaders and experts.